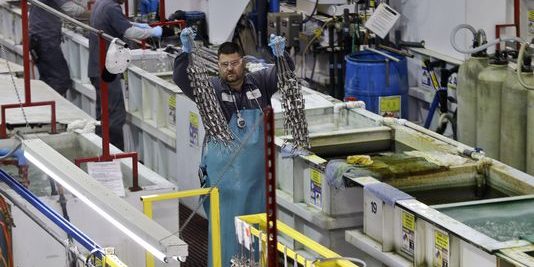 The Federal Reserve says factory production plunged 0.8% in January, reversing gains of 0.3% in both December and November. Automakers lost days of production because of snowstorms, as their production plummeted 5.1%.

WASHINGTON — U.S. productivity growth slowed in the fourth quarter while labor costs kept falling. For the year, productivity turned in another weak gain.

Productivity grew at an annual rate of 3.2% in the October-December period, down slightly from a 3.6% growth rate in the third quarter, the Labor Department reported Thursday…  Read Full Article

As we closely monitor the evolving COVID-19 situation, we wanted to update you with Sheffield Platers’ response.